Top Ten Richest YouTubers And Their Worth 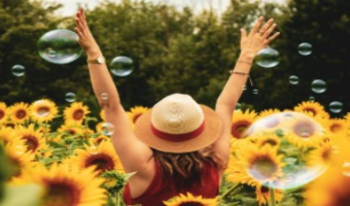 Being an online or internet sensation might not be a good job for some people, but I bet most of them hardly make what these top 10 YouTubers on this list earn. Either they engage in unboxing toys, playing video games or perhaps making their pets do strange things, YouTubers have managed to create a new career for themselves and they definitely make a whole lot of money. Be cautious as you continue reading, you might just be tempted to quit your job and start doing what these YouTubers are doing or maybe come up with your own style.

Pewdiepie
This is a Swedish YouTuber, and he ranks among the richest YouTubers. What does he do? His contents are always comments on popular video games he is playing. He makes a video of himself playing video games and he drops comments on them. Pewdiepie with the real name Felix Arvid Ulf Kjellberg has made over $100 million since he created his YouTube channel in 2010. Amazing, isn’t it?!

Smosh
It seems how strange the name of your YouTube channel is, the more you will have subscribers. This YouTube channel has almost 22 million subscribers and all their videos have been viewed 6 billion times! That is no joke! That is close to the population of the world! Ian Hecox and Daniel Padilla videos are about Pokemon, and they make $12 million.

Disney Collector BR
The real face behind this channel is unknown, what is known is that she is a Brazilian who enjoys playing with toys for kids. All her videos are about her unboxing, assembling toys and playing with them. The interesting thing about this is that it has made her popular among parents and kids. According to reports, she earns $3 to $10 million each year from her channel by just playing with toys.

Ray William Johnson
Johnson was one of the first real comedians on YouTube back then in 2008, and he was the first YouTuber to reach 5 million subscribers. Some of the YouTubers on this list have 1 billion views, but he has 3 billion views and this earns him $5 million. Although Johnson is not that popular today but he still rakes in money from his YouTube channel.

Superwoman
Superwoman with the real name Lilly Singh is among the few YouTubers that ventured out of YouTube to other mediums and that is what makes her approximately $2 million. She is a YouTuber with more than 10 million subscribers and millions of social media followers. It should not be a surprise as she earns that considering her fan base.

Ryan Higa
The guy should be called “lord of the sketches.” He has made creating funny sketches his career and with more than 2 billion views, he has earned himself $2 million. On top of that, Ryan has been featured in a couple of movies, and his most famous video is titled “How to be a ninja”. Ryan is a YouTube veteran and he has done pretty well for himself.

Jenna Marbles
Jenna’s channel is specifically for you if you want videos with titles like “My dogs get married” and “How to trick people into thinking you are good looking”. Jenna’s channel is one of the most watched female channels with more than 1.7 billion views and she earns about $4.5 million.

Zoella
She is a YouTuber who makes videos about make up tutorials. Zoe Sugg or Zoella is one of the most influential vloggers in Britain, and on top of that, she has written a novel. Impressive! She specializes in making videos most people see as torturing but very appealing and interesting to teenage girls. She earns about $3.5 million and she has millions of followers.

There you have it, the top richest YouTubers! The truth is if we all do what we love; the money will eventually come one day. You can share this with your friends. Who knows another YouTuber might make the list pretty soon.